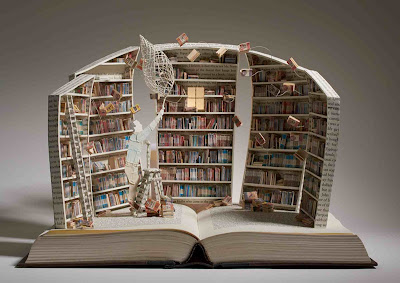 Su Blackwell
Posted by Alex Johnson at 02:16 No comments:

Email ThisBlogThis!Share to TwitterShare to FacebookShare to Pinterest
Labels: art

The Writers Game: War of Words 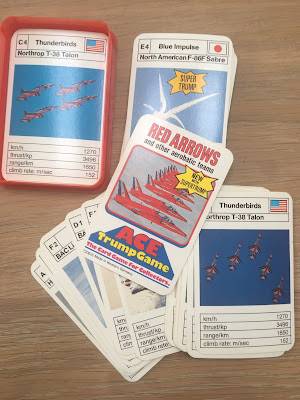 Here's a short piece I've written for the Laurence King website about the making of my The Writers Game trumps.

I’ve always loved card games, especially those involving trumps – as a child I spent hours with friends pitting racing cars’ engine capacities and windjammers’ displacements, and for my 30th birthday the invitations to my party were in the style of the original Dubreq Top Trumps cards featuring categories such as ‘Turning circle’ (which I humbly decided was ‘on a sixpence’). So I was delighted when Laurence King felt a similar urge to produce a literary trumps card game, but played with writers rather than military tanks or dragster bikes.

You can read the rest of it here.
Posted by Alex Johnson at 07:49 No comments:

Marie Kondo can’t have my bookshelves 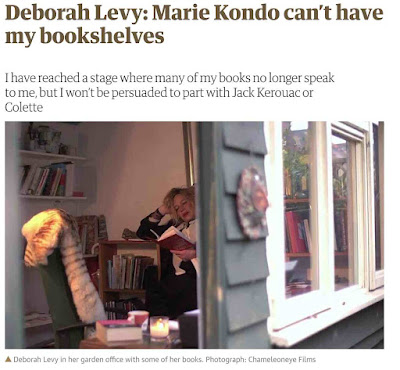 "The backlash to Marie Kondo’s suggestion that we chuck out books that don’t “bring joy” shows how attached we are to physical books, even in a digital age. I think Kondo is very impressive. I like how she advises us to fold a shirt with love in our hands. Why not? All the same, I’m not going to give it a go because I believed Virginia Woolf when she advised female writers to kill the angel in the house."
The Guardian

Posted by Alex Johnson at 01:30 No comments: 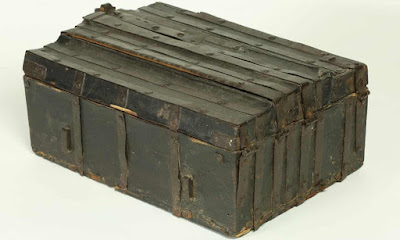 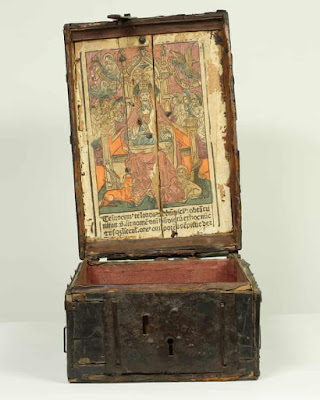 A rare 15th century French Gothic coffer, believed to have been used for housing and transporting religious texts, has been acquired by the University of Oxford's Bodleian Libraries. Thousands of manuscripts and printed books survive from medieval Europe but just over 100 book coffers are known to be in existence. This book-box forms the centrepiece of a new display at the Bodleian's Weston Library, titled Thinking Inside the Box, which opened on 19 January and continues until 17 February 2019.

Posted by Alex Johnson at 02:41 No comments: 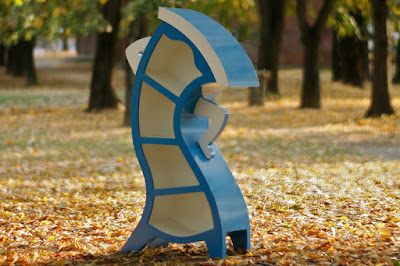 A funny and creative variation of the standard type bookshelf. Quirky and whimsical, this dancer shows a distinctive character which gives it an illusion of being alive and a whole new outstanding identity. Made from first class FSC birch plywood and finished with durable water based paints.
Josip Gotler

Posted by Alex Johnson at 08:12 No comments: 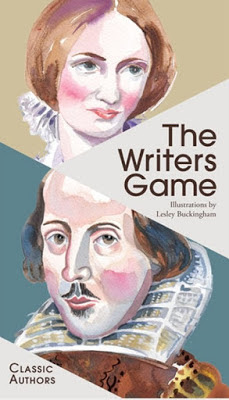 My latest literary trumps card game is out today. The Writers Game: Classic Authors also has lovely illustrations by Lesley Buckingham. More details at Laurence King who are producing it.

Posted by Alex Johnson at 01:39 No comments:

Thinking inside the box 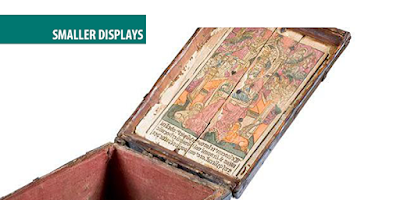 Thinking inside the box
A display of boxes, bags, and satchels used for carrying books at different times and places – inspired by the Bodleian Libraries' recent acquisition of a book-coffer from 15th-century medieval Paris.
19 January - 17 February Blackwell Hall, Weston Library, Oxford
Bodleian Libraries

Posted by Alex Johnson at 06:04 No comments:

Email ThisBlogThis!Share to TwitterShare to FacebookShare to Pinterest
Labels: exhibition 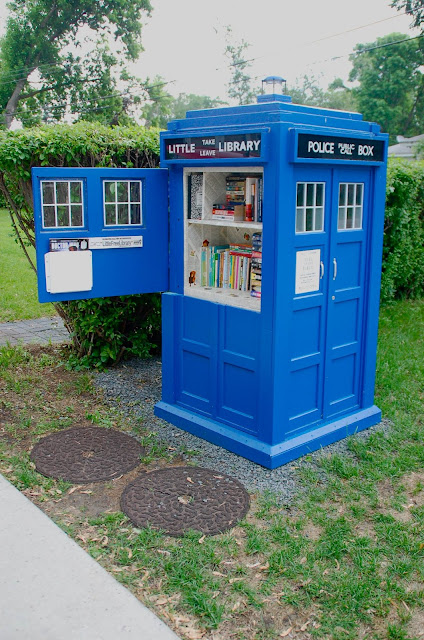 Located at the corner of 94th Street and Columbus Ave. South in Bloomington, MN near the Mall Of America.

Posted by Alex Johnson at 06:14 No comments: